Two Days in the Northern Fells 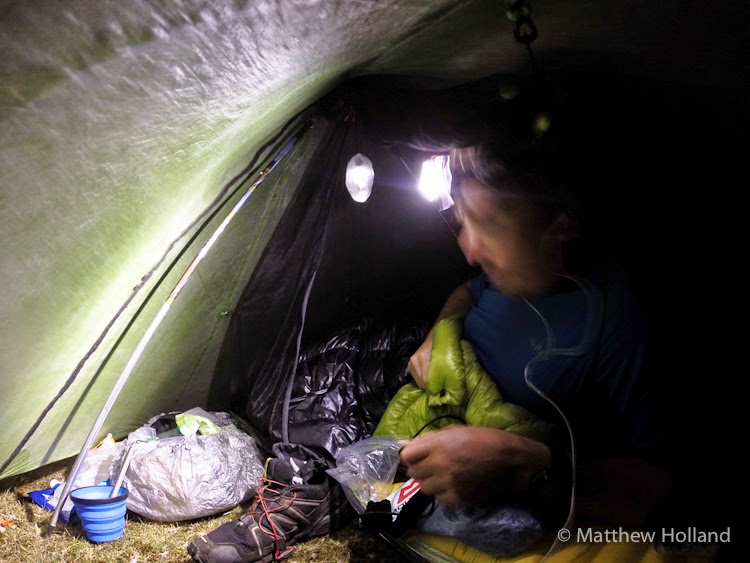 I had a couple of days off from work last week and managed to nip over to the Lake District for a quick overnighter.


I decided to head to the Northern Fells and did a similar route to one @Leerockwell15 had done the weekend previous. Walking around 35.5km with approx 1600m of ascent over the two days. My route started near Scales and it was straight in to the uphill opting to take the Scales Fell route to the summit of Blencathra. It was around 11:15 when I left the car and sun was shining with a light breeze, lovely. 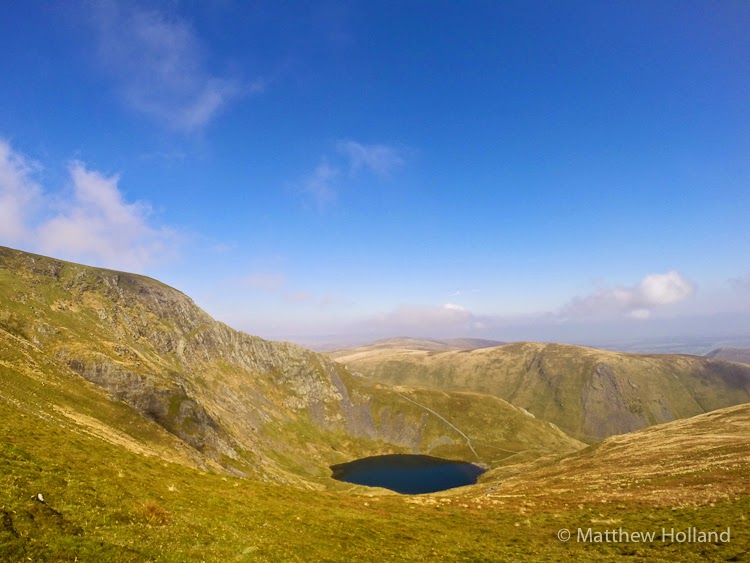 It didn't take long to get to the summit of Blencathra, I took a couple of photo's and continued along the ridge towards Knowe Crags where I stopped and had something to eat. From there I dropped down slightly and contoured round towards my second Wainwright of the day, Mungrisedale Common taking a quick pit stop on the way to refill my water supplies from the trickle that remained of Roughton Gill (I think).

View on the way to Mungrisedale Common 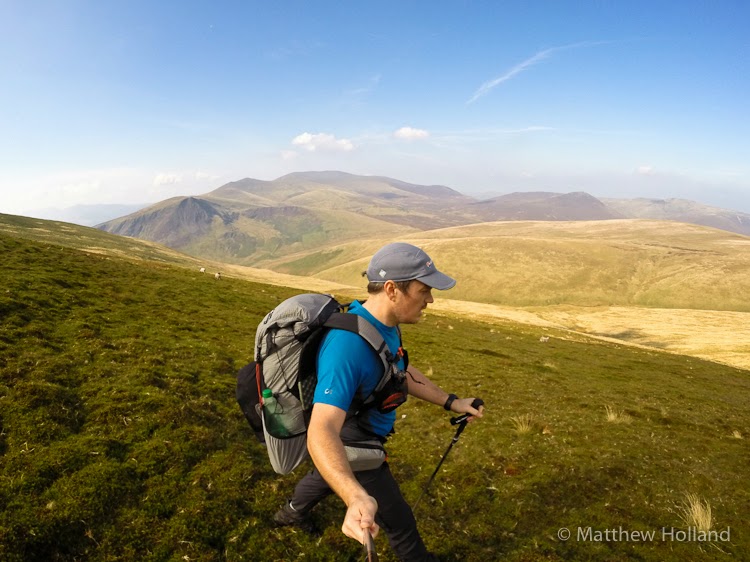 I didn't spend long on Mungrisedale Common, next heading East towards Bowscale Fell where I took another short break chatting with a couple from the Midlands, sadly they hadn't brought enough coffee and cake for the three of us so I had to settle for some nuts and raisins washed down with some water. From there I walked along Bannerdale Crags to the Cairn at the end and then headed back towards Blencathra ascending Atkinson Pike. The wind had picked up a little but it was still warm enough that only a windproof was needed. 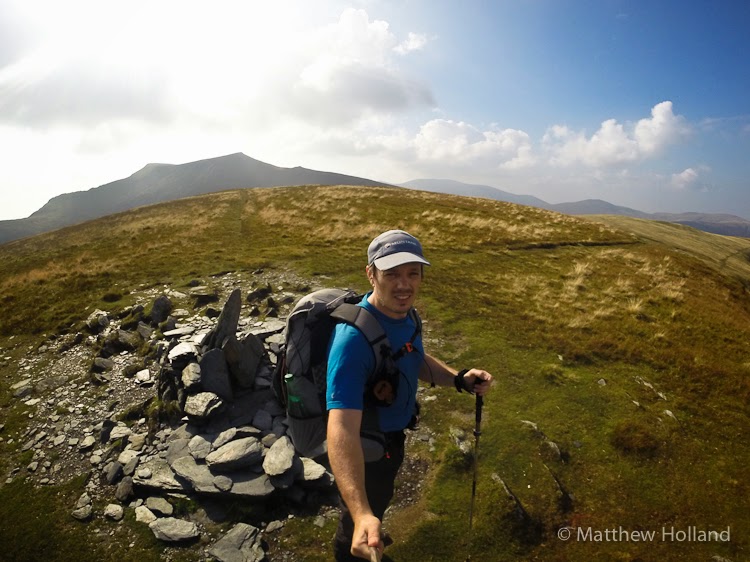 I'd planned to camp somewhere near Blencathra summit so as I left Atkinson Pike I kept an eye out for a suitable pitch as I made my way back to the summit of Blencathra. Once there I had a long break just enjoying the view along the ridge as the clouds came and went. It was still fairly early but it was quiet up there and the weather looked to be coming in so I found somewhere to pitch the SoloMid and got set up for the night. 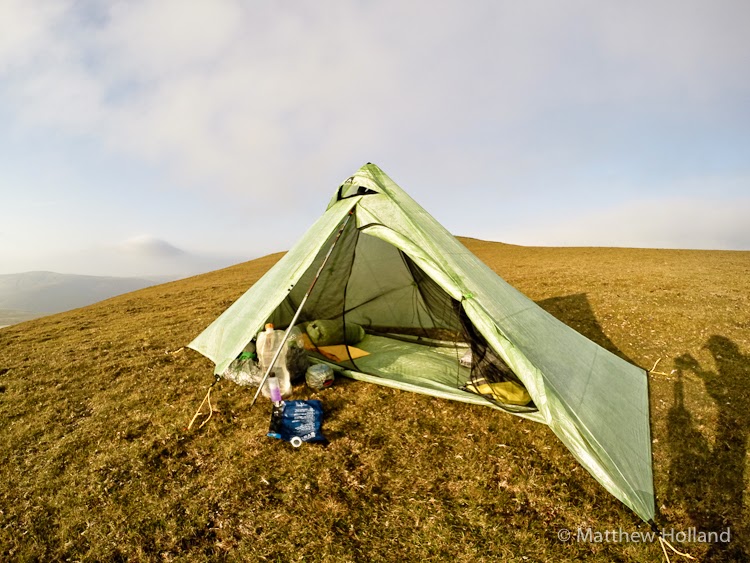 It was a nice relaxing evening sat enjoying the view towards Skiddaw, eating, drinking the odd brew and reading before finally crawling in and popping a film on whilst I fell asleep.

Tea on the go 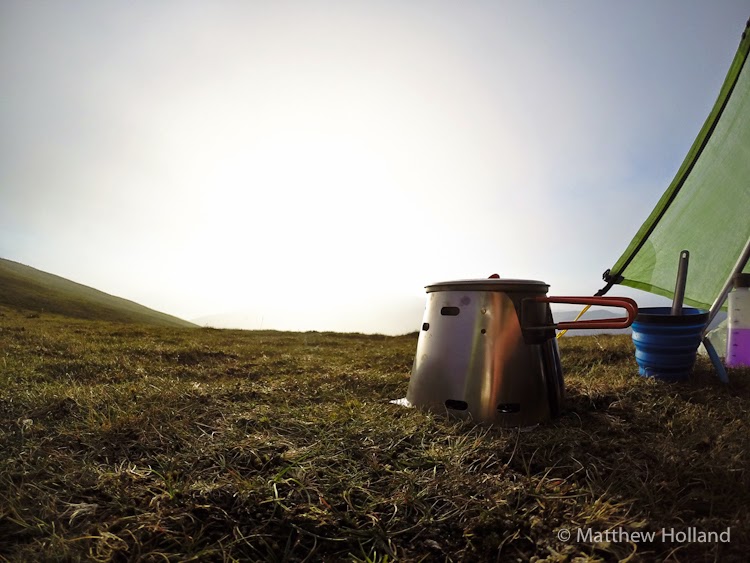 I slept reasonably well but the wind was blowing most of the night as well as it raining on and off so I woke a few times through the night. It was still blowing come the morning, a constant 30km/h or so and gusting to 58 so I was in no rush to get up.  The plan for day two had been to descend to Scales Tarn and then head back up via Sharp Edge but everything was now wet, visibility was approx 10-15m due to the low cloud and with the gusting wind I decided to give it a miss this time, a bit of a shame but never mind, it'll still be there next time I'm in the area.

SoloMid in the cloud 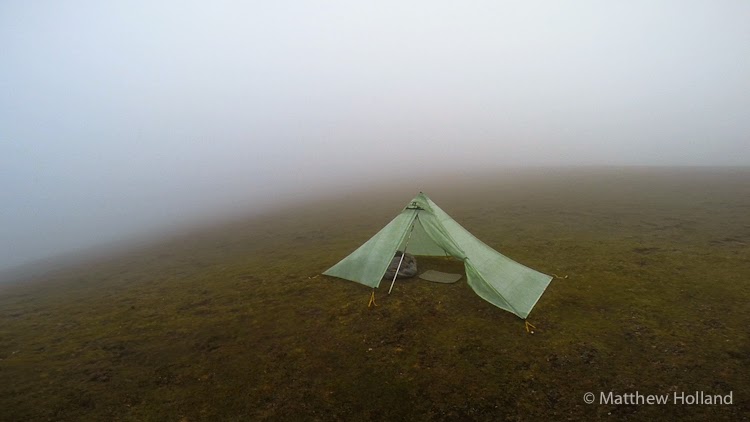 As such after some breakfast and a brew I got packed up and took the two minute walk back to the summit of Blencathra before descending via the Scales Fell route I had come up yesterday. I needed to be back to the car fairly earlier so only had a short route planned for day two, as I descended I took the left hand path and followed it out to Souther Fell with the cloud beginning to thin as I made it down to 600m or so. It was a simple out and back walk to take it Souther Fell with minimal ascent so it didn't take long and I was back at the car by around 11am,  just as the cloud now thinning out and it looking like it was a going to be another fine day. 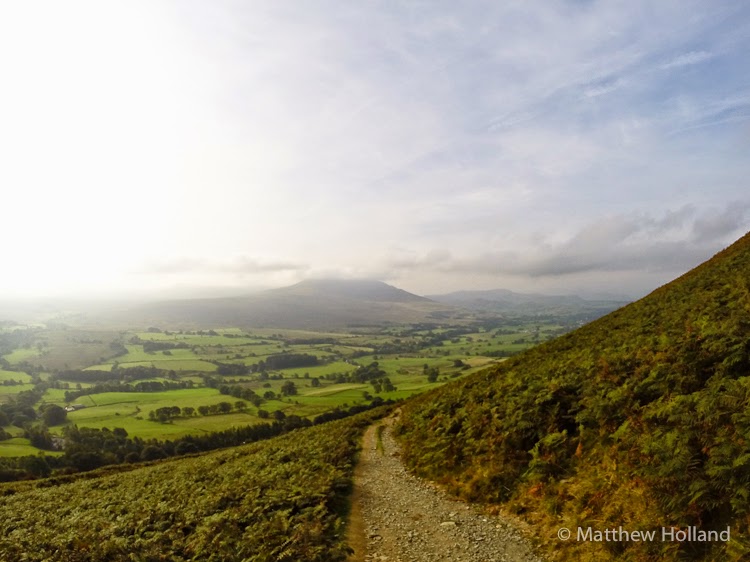 Only a quick overnighter but it was good to be out again :-)

I've put together another video from the trip (see below), hope you enjoy.