It was my birthday a couple of weeks ago so the Mrs and I headed to the Lakes for a few nights. No wild camping this time as I was being treated to a couple of nights in a lovely B&B not far from Ullswater. It was mostly a nice relaxing weekend, plenty of good food, a few ales and a short wander up Helvellyn on the Saturday, good stuff :-) 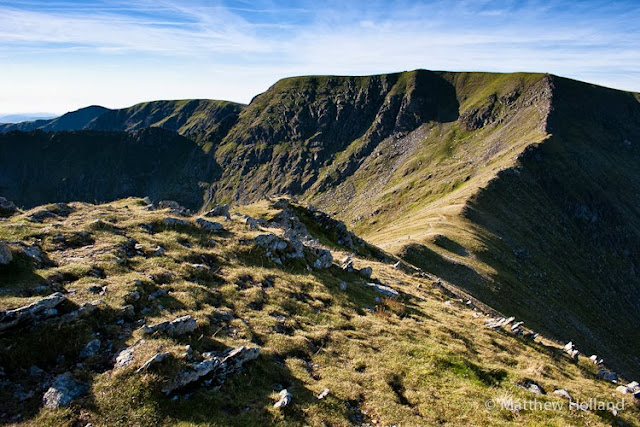 We were very lucky as the weather was superb all weekend, lovely clear skies with the odd white clouds, a gentle breeze and not too warm, just how I like it. We set off reasonably early and made good time up to Red Tarn, only seeing 3 other people out making the most of the morning. We sat by the Tarn for a short while before taking the path up to Catstye Cam, it was the first time up there for me and I instantly regretted not heading up there before as the views from the summit were superb. From Catstye Cam it was on to Swirral Edge leading to Helvellyn summit, the ridge was nice and quiet and I enjoyed a bit of scrambling early in the morning :-) 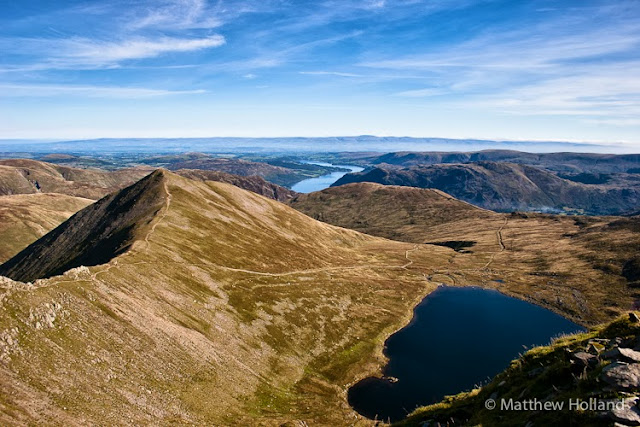 It's been a good few years since I was last up Helvellyn so it was nice to revisit, particularly on such a nice day as the views were stunning with excellent visibility all across the Lakes as well as up to Scotland and across to Yorkshire. 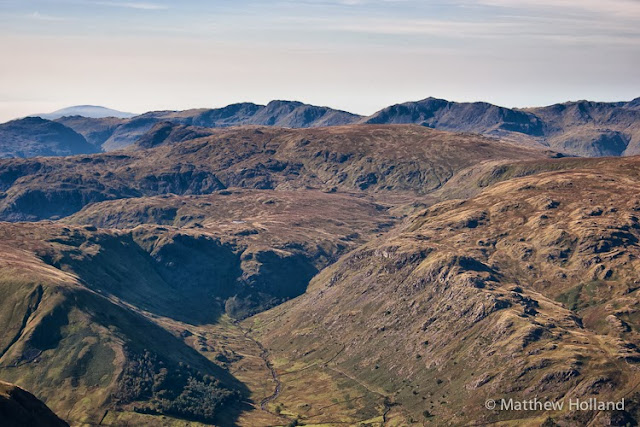 We sat for a while just below the summit facing the above view and had a bite to eat, I don't think it's ever been as clear when I've been up Helvellyn in the past so it was great to sit and take in the views and see how many of the distant hills I could name.

View South from Hevellyn, Coniston Water in the distance 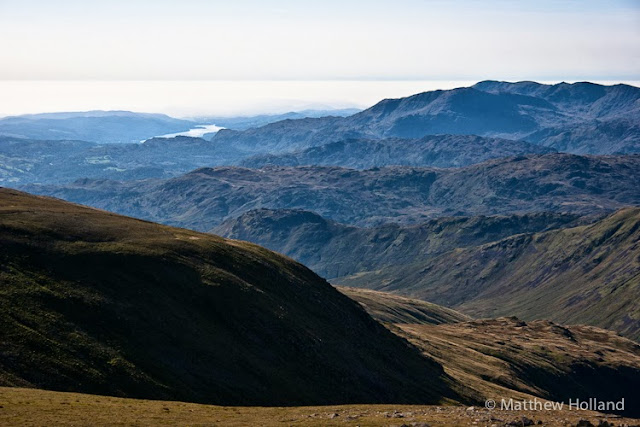 
View on the way to Dollywaggon Pike 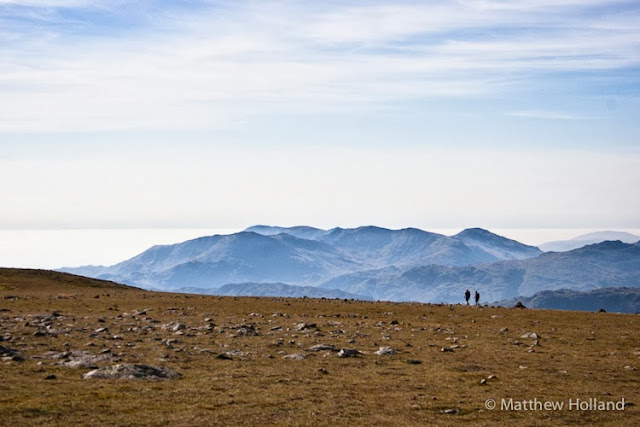 From Nethermost Pike we made our way back to Helvellyn and sat for a while above Striding Edge. With it being a Saturday and the weather as good as it was Striding Edge was by far the busiest I've ever seen it with a constant stream of little ants making their way along the ridge. Spotting what we thought might be a break in the stream of people we made our way down and started along Striding Edge. I'm pretty sure this is the first time I've descended via Striding Edge having always ascended when making my way to Helvellyn in the past, it would appear most people choose to ascend this way as we were pretty much the only people heading down the ridge. 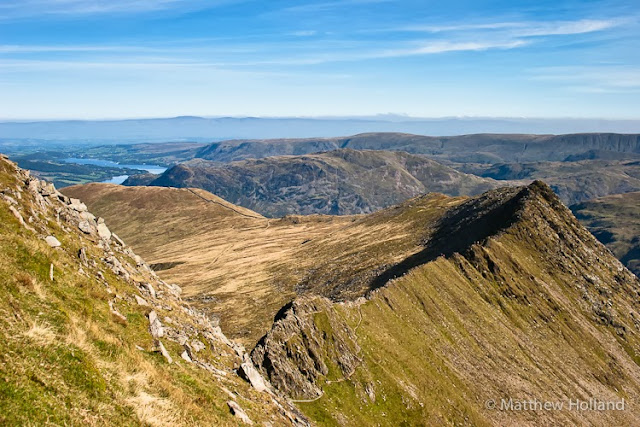 After the initial steep rocky descent we soon found ourselves at the Chimney, there were so many people trying to make their way down here it had something of an unsafe feel about it, there were people trying to carry dogs, terrified looking dogs trying to make their own way down, people climbing all over the place rather than wait for those in front, people shoving each other due to not leaving enough space between themselves... but thankfully not long after we got to the base of the Chimney there was a break in the heavy oncoming traffic and we climbed up quickly before the next group of people started making their way down.

With the busy Chimney out of the way the rest of Striding Edge was a thoroughly enjoyable walk, pausing a few times to take photo's and allowing people to pass. It didn't take long to reach the hole in the wall and here we turned back towards Red Tarn and then followed the path back down to end of our walk.

Following the walk it was a short drive back to our accomodation followed by a monster steak, all in all a superb way to spend my birthday. 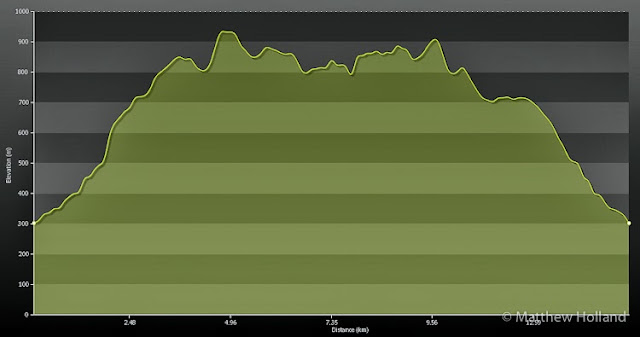